With its vast range of climates, featuring forests, wetlands, grasslands and deserts, India is home to 91,000 different species of animal.

In theory, all wildlife in India is protected by law, but many animals are classed as endangered meaning they are at serious risk of extinction. There are many factors which cause an animal to be at risk of extinction including poaching (killing an animal for it’s body parts), loss of habitat and pollution.

The Bengal Tiger and Asiatic Lion are two examples of Indian animals which are at risk of extinction. You can find more at:

Choose one of India’s endangered animals and create a fact sheet about it, you must include:

There is a blank t shirt template which you can use or simply design your image on a blank piece of paper. Think about your slogan, image and use of colour.

Mehndi is a form of temporary body art that is painted onto the skin using henna. Henna can also be used to dye hair, nails, and fabrics and is derived from a plant to create a rich and temporary lasting colour.

This type of body art originated originally in Ancient Egypt but became a thing to use on the skin in India. In India, it is a tradition to paint brides hands and feet in Mehndi for the wedding ceremony. Mehndi is also used to celebrate Hindu festivals such as Diwali, Karva Chauth, Vat Purnima and many more. 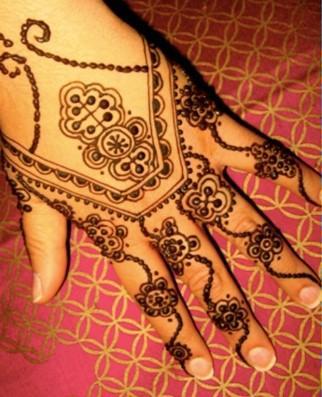 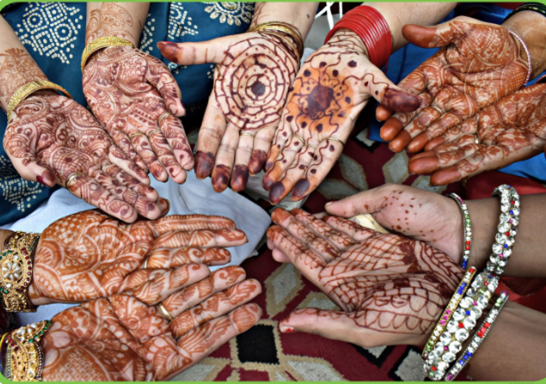 Mendhi decoration is usually applied to hands and feet, because here it gives the darkest colour. Henna paste is usually applied using a cone, similar to an icing cone used in cake decoration, or a paint brush. After applying, it is wrapped and left overnight. The final colour is a reddish-brown and will last for weeks or even months, depending on the quality of the henna paste used.

Watch the tutorials below and have a go at some of the mehndi patterns and designs shown. There is a template below or you can draw boxes onto a piece of paper to create your design.

Now that you have practised, draw around your hand on a piece of paper and decorate it in Mehndi patterns,

You can use some of the design you have practised of experiment with your own!

Bhangra is an energetic traditional Indian folk dance which, in recent years, has become a popular fitness phenomenon.

It has featured on Britain’s Got Talent and at the Olympics!

We are going to have a go at some Bhangra dancing. The tutorial shows you 3 bhangra steps, Dhamaal, Bedi and Punjab:

Now that you’ve mastered the basics, have a go at the just dance videos below, can you spot any of the steps you have learned?

The video below shows you a little more :