India is now home to one of the seven wonders of the world; however it hasn’t always been.

The list was compiled by ancient Greek travellers who were so impressed with some of the marvellous and imaginative architecture they saw, they began to put together lists of some ‘must-see’ recommendations for future visitors.

Even though there are many hugely impressive ancient sights, there have only ever been seven ancient Wonders of the World. The ancient Greeks believed the number seven represented perfection so it was a particularly significant number for them

You can either record each wonder on the map using the word document or you can record in your exercise book using the numbers that are on each box.

Watch the virtual tour of the Taj Mahal. As you watch, record words and phrases to describe it.

Write a brief description or a poem of the Taj Mahal which demonstrates how magnificent it is.

Your next task is to imagine that a Seven Wonders of the UK are being put together. Think about which famous UK landmark should make the list. There are some ideas below:

Choose one landmark which you think should feature in the Seven Wonders of the UK.

Once you have decided on your landmark, you task is to persuade people to vote for your chosen landmark to make the top 7!

You could create a poster including images, a description of you landmarks and the location remembering to include why it is so special and persuade me that it should be in the top 7 Wonders of the UK.

Alternatively, you could write and record a radio advert.

The power point /PDF below might help to give you some ideas.

In India there are many languages spoken across the country, including Punjabi, Bengali, Kashmiri, Tamil, Sanskrit, Urdu and many others.

Some of these languages have very unique alphabets:

However, the official languages of India are Hindi and English. 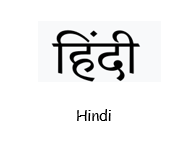 The alphabet in Hindi has 36 consonants and 12 vowels. Hindi is written from the left towards the right which is the same as the English language.

The Hindi language is written in a script called the Devanagari script.

The 12 vowels and 36 consonants of the Hindi language have the same pronunciation as the English one. Therefore, it’s easy to learn the Hindi writing system fast.

Now let’s have a go at writing your name, look at the alphabet sheet below to help you to write your name in Hindi