What a way to start a year having a dragon break into our school premises! Not only did it break-in to our school to devour the food from our kitchen but it also used our playground to lay eggs! Luckily, they did not hatch and they were removed safely by Professor Wood. We wrote newspaper reports to recount events, after examining the evidence. We also created some beautiful pieces of poetry using the text 'Tell Me A Dragon'.
We also launched our topic: The Terrible Tudors and what a great way to launch it by having the pleasure of having The History Bloke visit our school, where he brought along many artefacts to explore. We even had a go at using a quill to write and played a game of merelles! We also looked at the cause and effect of The Battle of Bosworth. 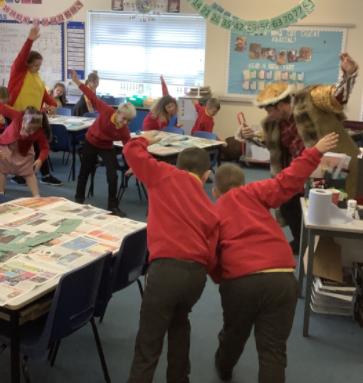 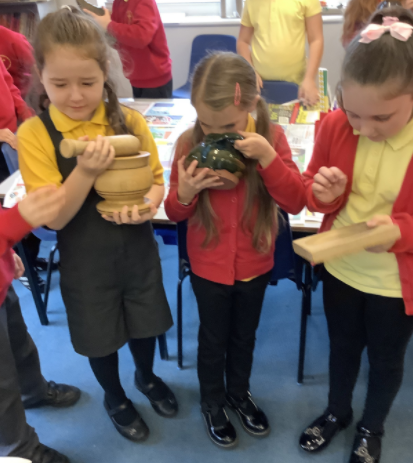 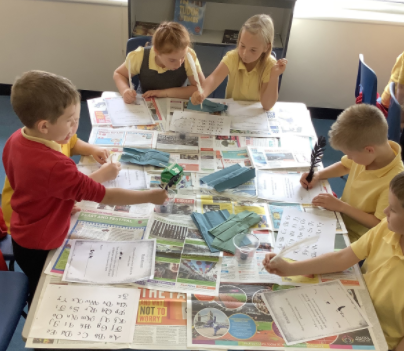 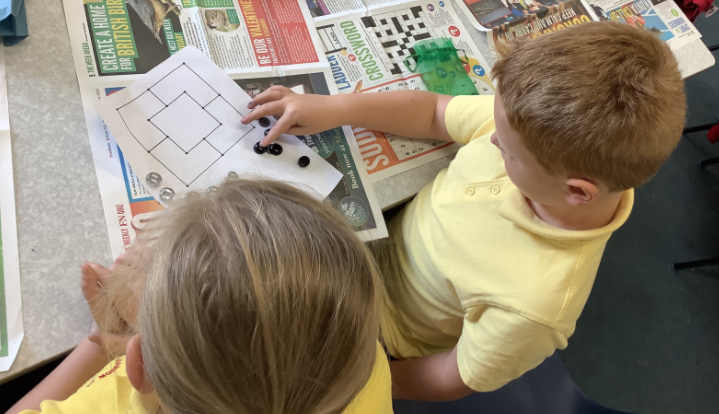 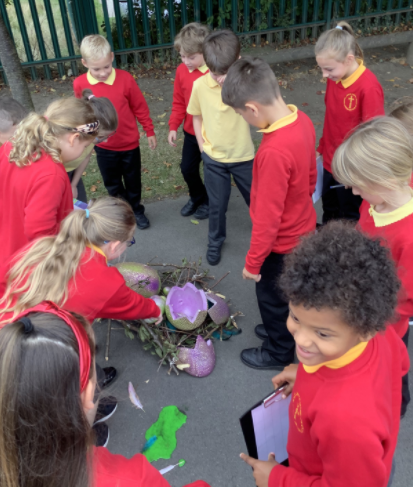 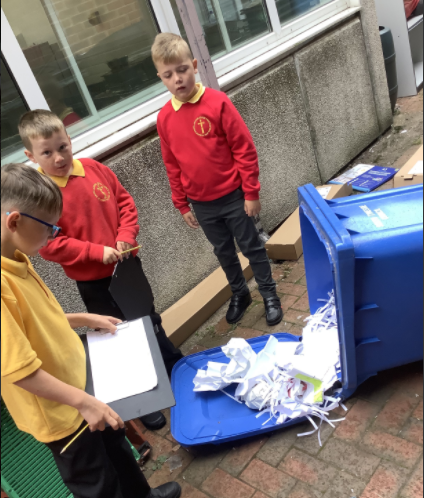 We started off the month by taking part in a Yoga Mindfulness session which was very relaxing. In English, we continued write some creative poetry based on abstract nouns and synonyms of colours to up-level our vocabulary. As well as, writing a setting description using powerful vocabulary. In History, we continued to explore artefacts from the Museum and began to look at Henry VIII and what impact he had: The English Reformation and the dissolution of the monastery. In French, we learnt about the key phrases to hold a basic conversation. 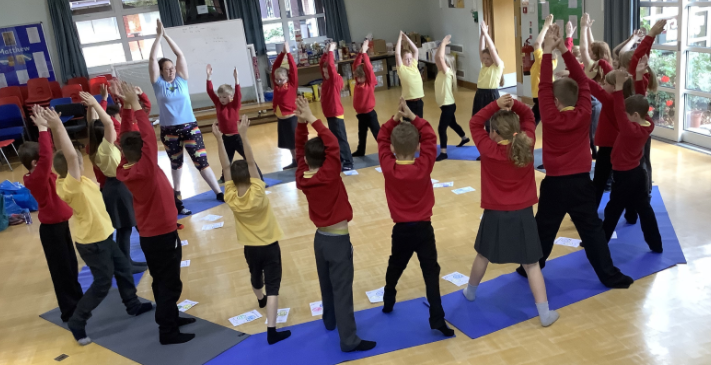 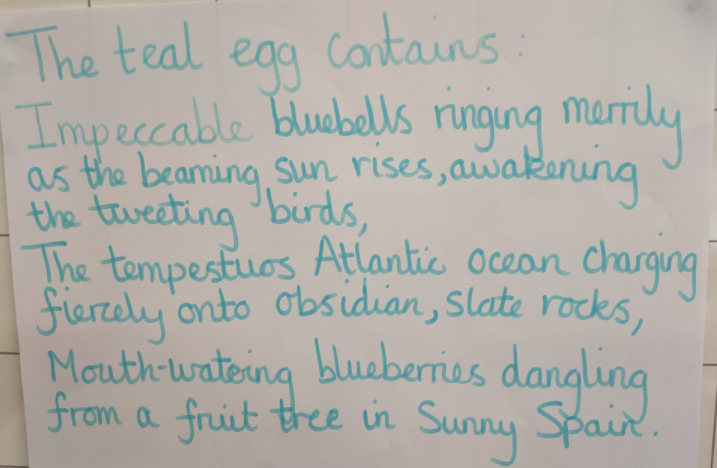 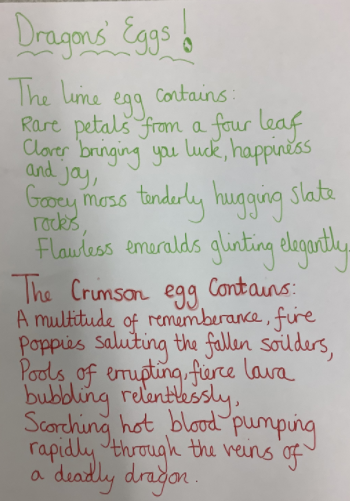 In History, we continued to look at Henry VIII and why he kept on marrying so many wives! In English, we focused on the work of William Shakespeare looking at 'Macbeth' where we have developed our understanding of direct speech and the characterisation of characters using the technique 'show don't tell'. In art, we completed our clay dragon eyes, using crossing and hatching and the slip, score and blend technique. In Science, we have been learning about teeth and the digestive system.  We carried out a great investigation to find out which liquid would be the most suitable for a Tudor to clean their teeth with.  We placed eggs into different liquids - eggs because the shell is the closest thing to enamel.  We observed the changes over a week and concluded that milk and water would be the most suitable as the enamel (egg shell) was undamaged. 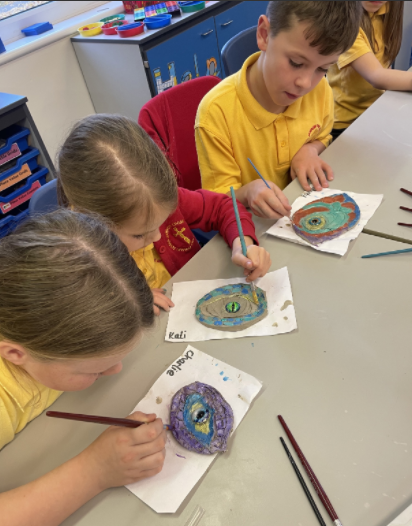 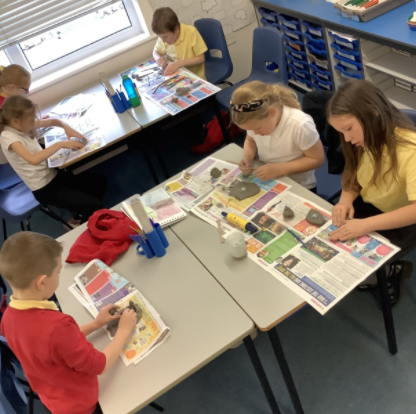 Christmas time, Christmas trees and glitter! Oh what fun we had transforming our classrooms into mini grottos! Due to approaching Christmas, In R.E. our topic was 'Jesus the Light of The World' and advent so we thought this was a perfect opportunity to spread light into the world and raise money for charity. We organised a penny trail around the whole school and what a success it was! We raised £115.02 for Changing Lives- a charity we choose ourselves. In English, we explored a beautiful, heart-felt animation called 'Lily and The Snowman' where we formed predictions and further developed our inference skills based on the relationships within the narrative. We also explored running themes and identified several of them, backing them up with evidence from the text.  In History, we explored and compared the differing lifestyles of the rich and poor during the Tudor period.  For DT, we worked in groups to create our very own Tudor houses, where we planned and evaluated on a number of occasions, during the process. 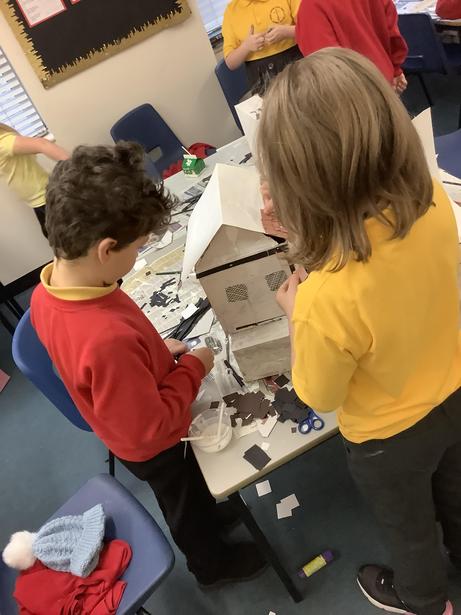 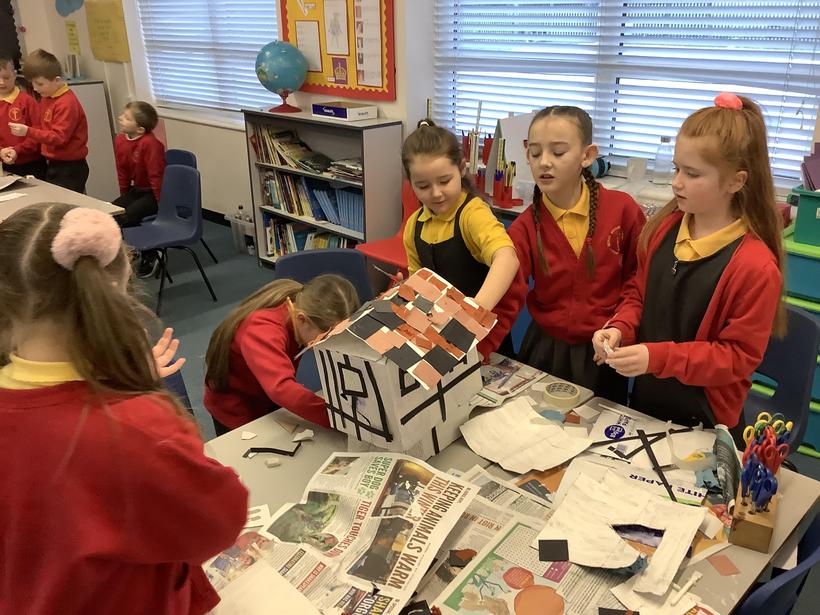 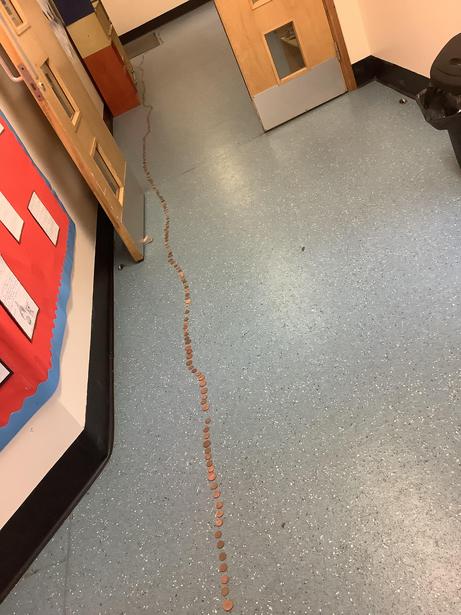 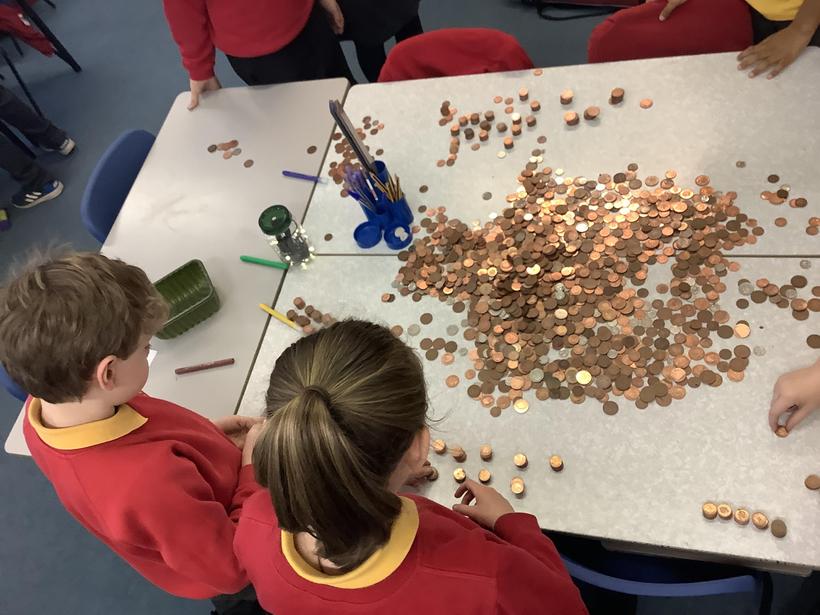 We have launched our topic 'Extreme Environments'. In Geography, we have revisited continents and oceans, as well as, exploring the equator, poles and tropics. We have begun exploring different environments and look forward to developing our knowledge of biomes.  In English, we have started to read 'Varjak Paw' and we have completed drama (freeze framing) and hot seating to delve into different character perspectives. We have formed several predictions and have focused on developing our use of vocabulary. We have learned about varying our sentence structure and have applied this when writing characterisations and diary entries.  In Art, we have made primary, secondary and tertiary colours, as well as examining warm and cool colours. This links with the technique of one of our artists this term 'Henry Rousseau' who used 54 shades of green in one painting-wowza! We are going to have such fun next month attempting to replicate his work! 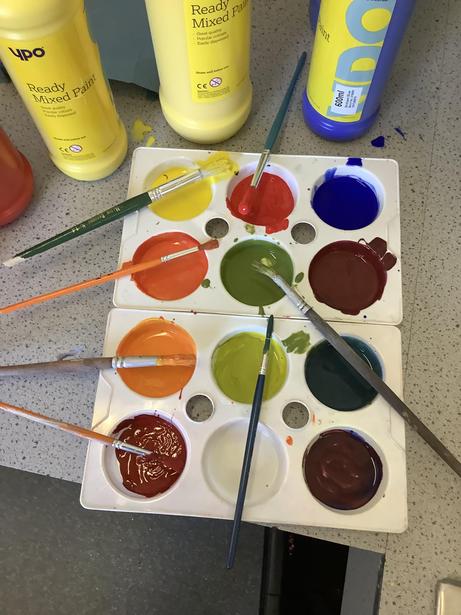 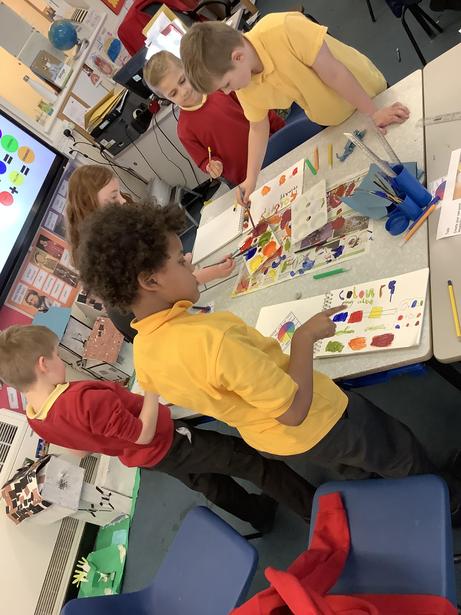 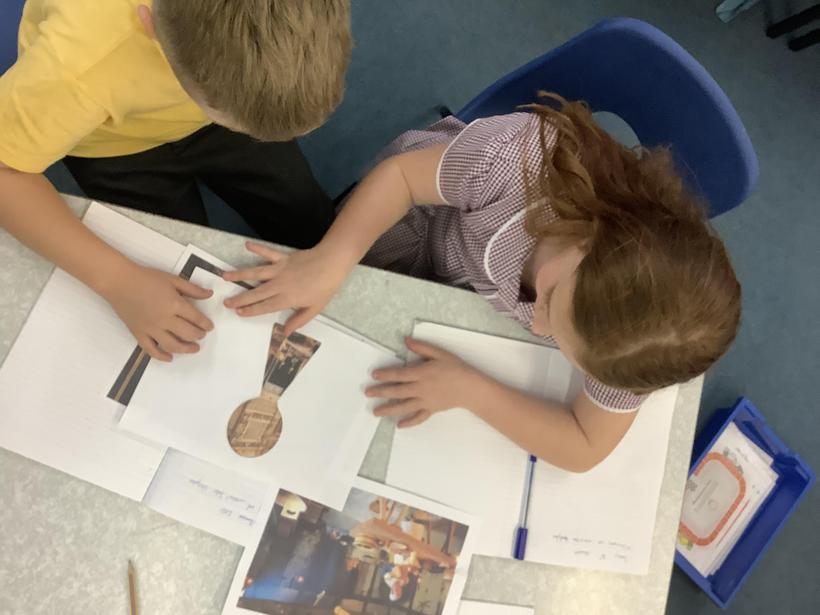 What a jam-packed month it has been so far! As part of PSHCE, we completed neighbourhood and urban life workshops and we had great fun learning about family types, careers, the cost of living, budgeting, architecture and planning events. In art, we looked at what composition is and explored the composition of Henry Rousseau’s work. We used our knowledge of primary colours to make the secondary colour green and then recreated some of the 54 shades of green Henry used, before attempting our Rousseau inspired background. In geography, we have explored environments, habitats and biomes. We put our knowledge to the test working out which biome the touchy-feely boxes were representing. They certainly got the shivers when rummaging through the polar biome! 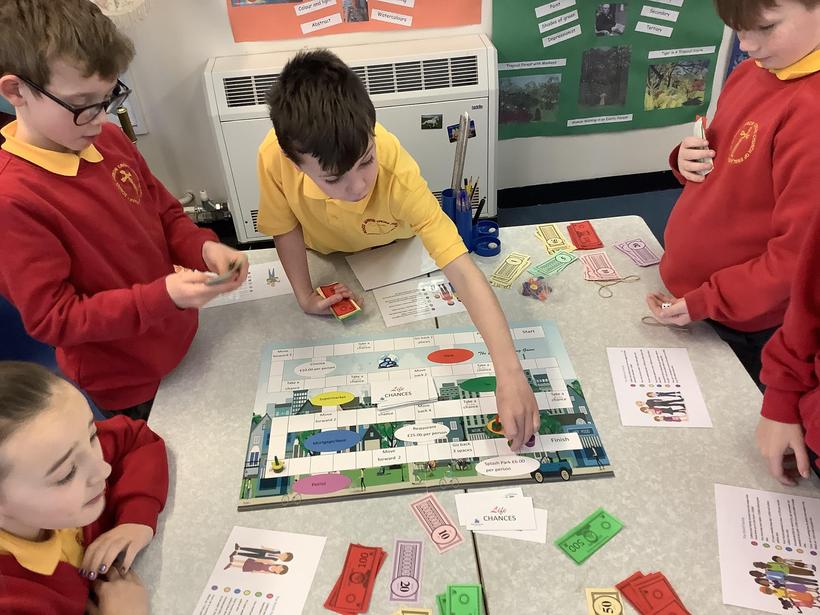 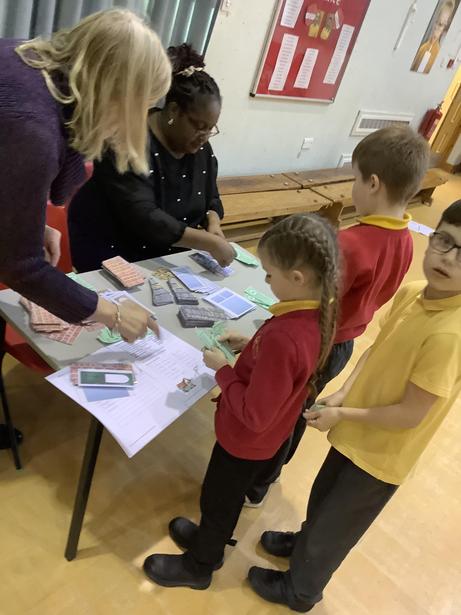 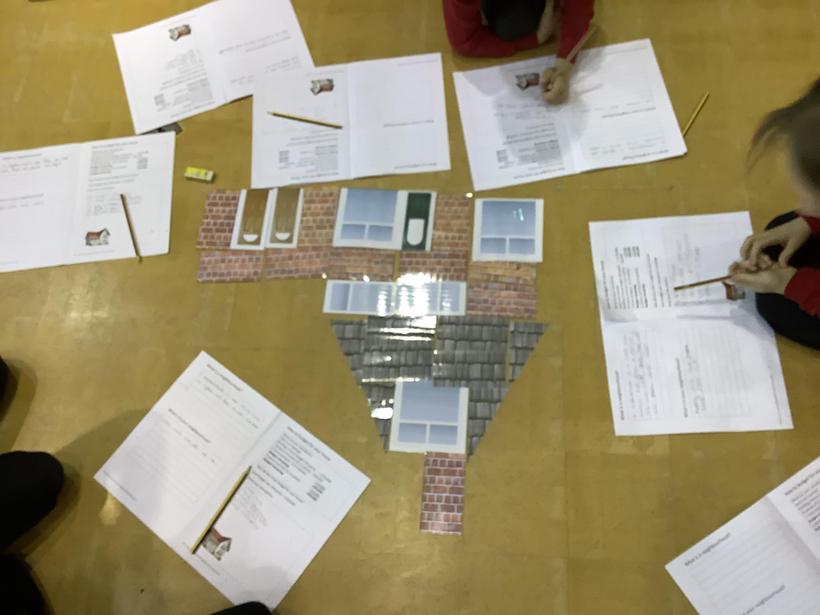 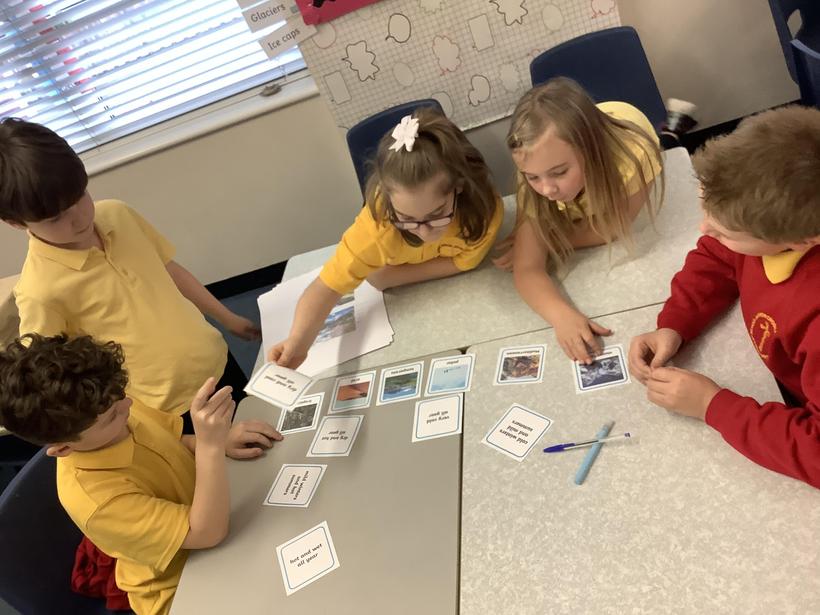 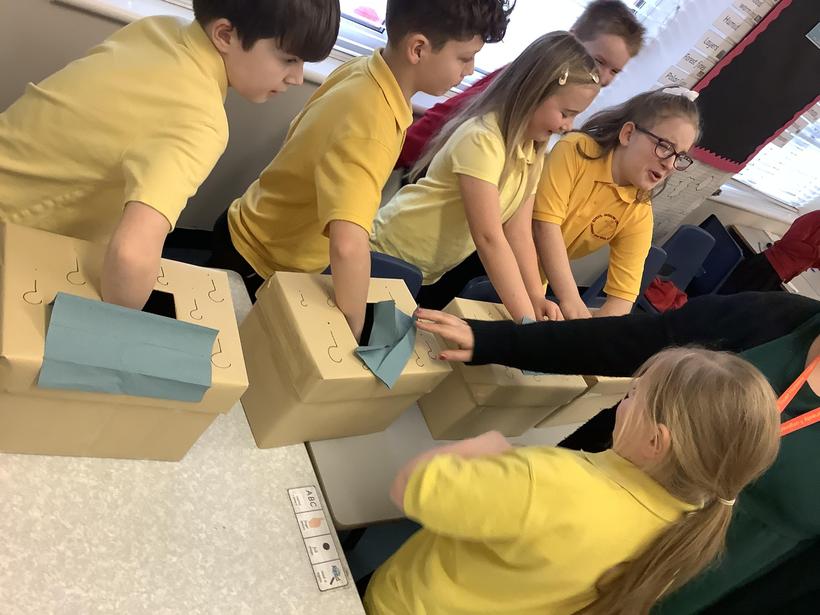 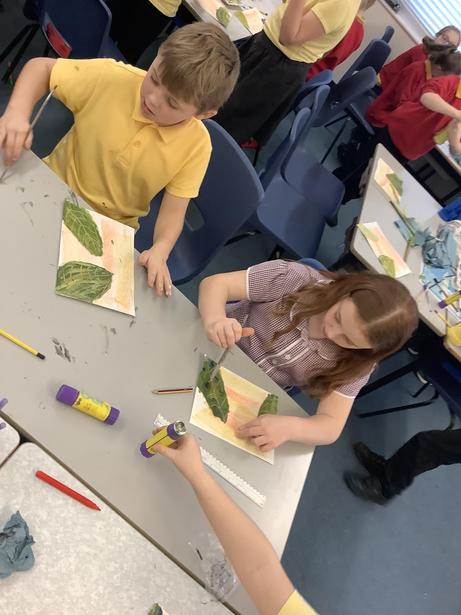 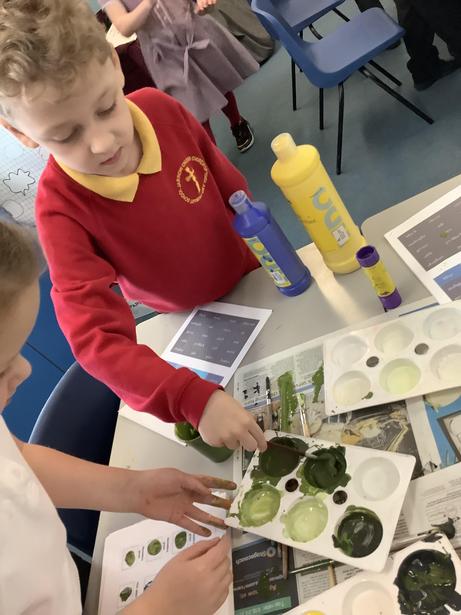 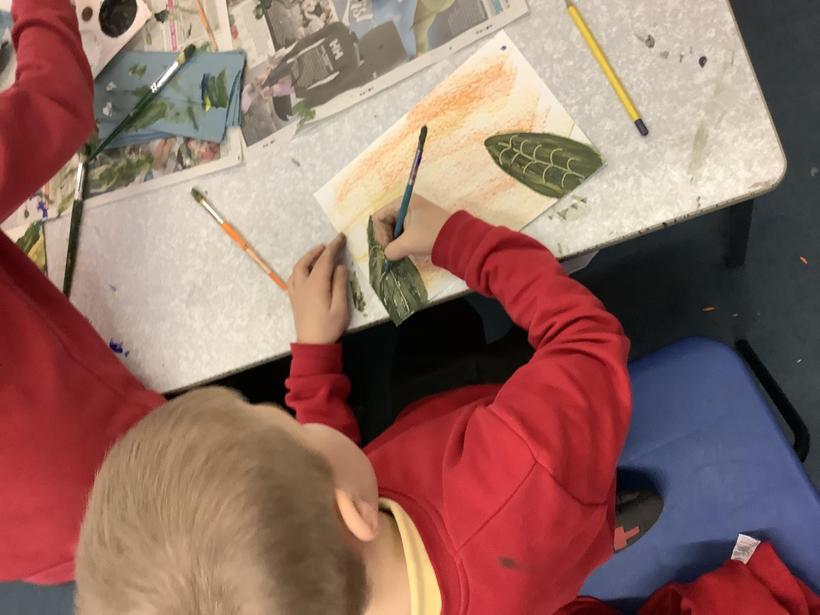 In geography, we have been continuing to learn about the rainforest biome and have gone onto learn about  other biomes: deserts, ice, tundra and grasslands. In maths, we have been using Numicon, singing songs and playing games to help us with our multiplication and division topic. We have already seen such an improvement in our TTR's scores! In English, we have been focusing on non-fiction genres to link with our geography topic Extreme Environments. We have written: explanation texts about the process of palm oil and its impact on the environment; persuasive letters that will be getting sent to local supermarkets; and adverts to develop our speaking, listening and intonation skills.  In art, we have been developing our techniques when using the medium: water colours. In science, we have been looking at environmental changes in our local area and habitats.

Now that the weather is warming up, make sure you have your water bottle, a hat and use sunscreen.
Top
Cookie information
Cookie Notice