We launched our 'Vile Victorians' topic.
In topic lessons, we initially explored and defined four key categories: Empire, Monarchy, Social Change and Innovation. We then placed key events surrounding those areas in chronological order and summarised what we learned.

In Literacy, we looked at an image of a busy Victorian market, explored ambitious vocabulary then wrote setting descriptions.

In Art, we focused on 'digital imagery/art'. We investigated photo editing and the impact filters and adjustments have on images (linking with ICT). Taking inspiration from William Morris, we began to design a plate in the style of his work, using photographs we took of flowers bought from Morrisons! 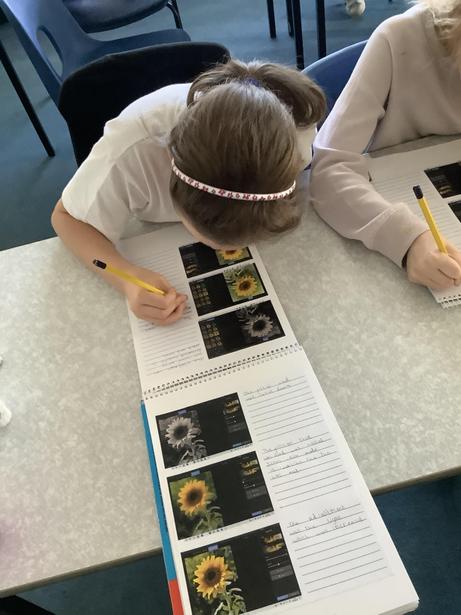 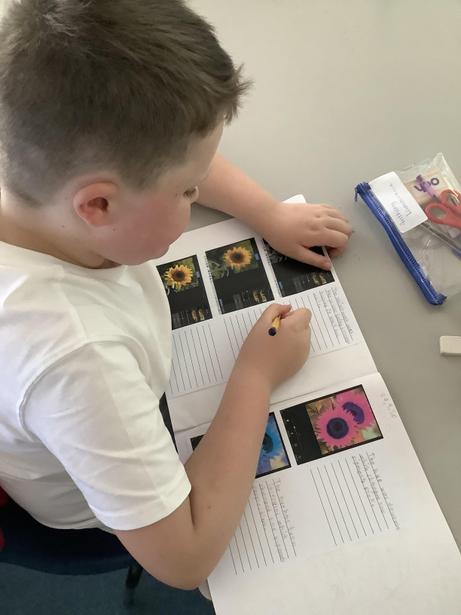 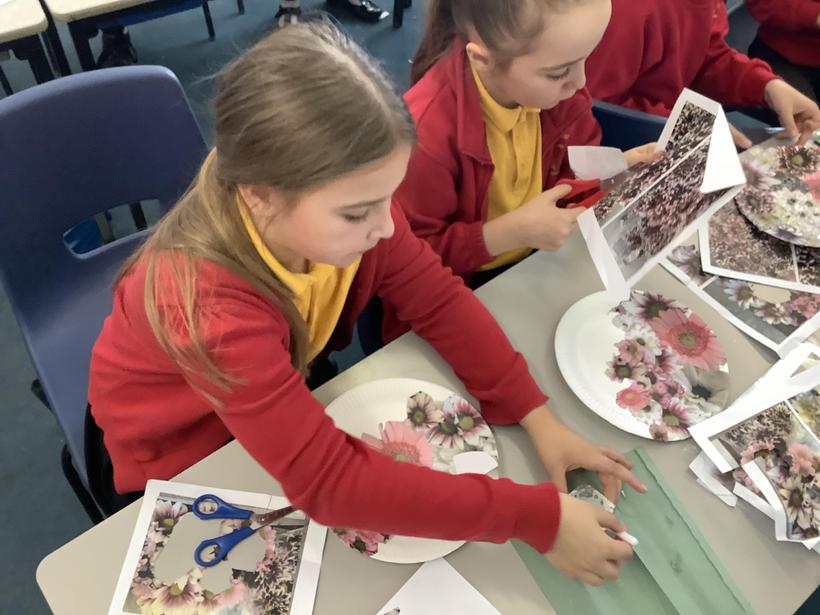 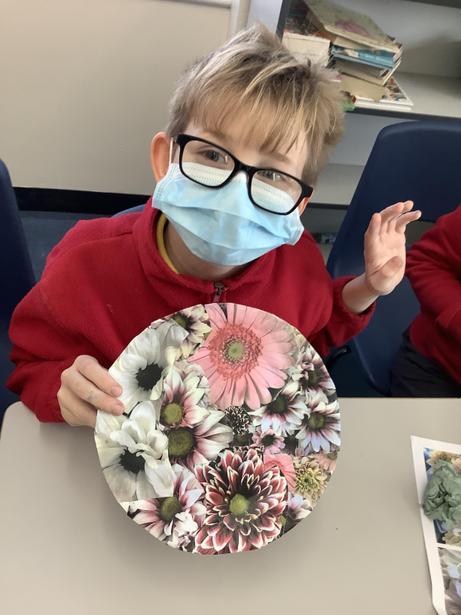 In Topic, we investigated the rise and beginning of the fall of The British Empire during the Victorian era. We explored a map of the British Empire and we then located the colonies/countries involved on a map. We then explored several sources and from those, predicted what each colony was used for e.g. land, trade, slavery, immigration etc. We then looked closely at why the British Empire began to fall: slavery and wars/rebellions. We discussed racism, discrimination and compared it to more recent events such as the removal of the statue of Edward Colston, as well as, Sarah Forbes Bonetta, whose portrait is currently being displayed (linking with Black History Month).

We looked at both the Crimean and Boer wars focusing on the cause and effect of ill-treatment and the impact both Florence Nightingale and Mary Seacole had during and post-war and looked at the similarities and differences between those two significant individuals.

The History Bloke visited school who informed us about conditions in local pits and discussed a man called Peter Barrett, who worked in the mine in Felling. He even showed us some artefacts, which was cool!

In Science we have been learning about lifecycles. We worked in teams for a STEM task where we dissected a lily and identified the key parts of the flower. 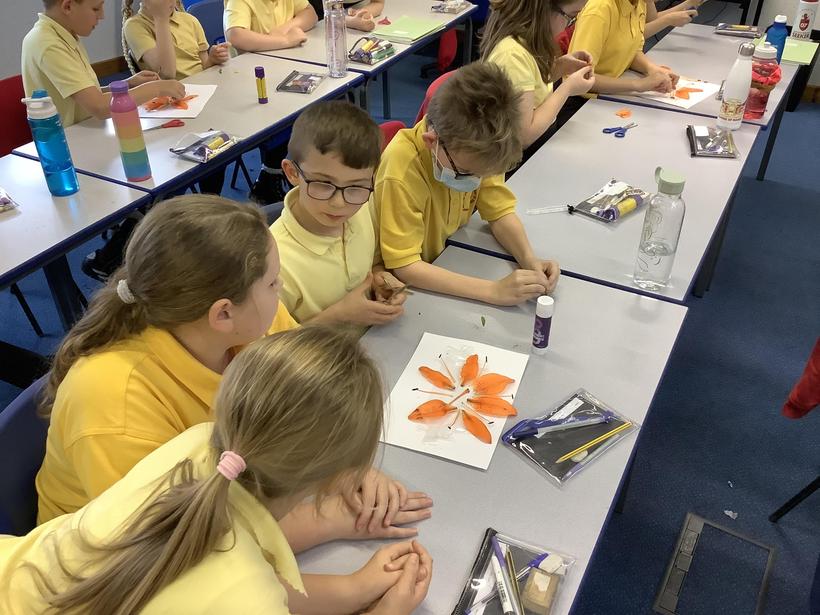 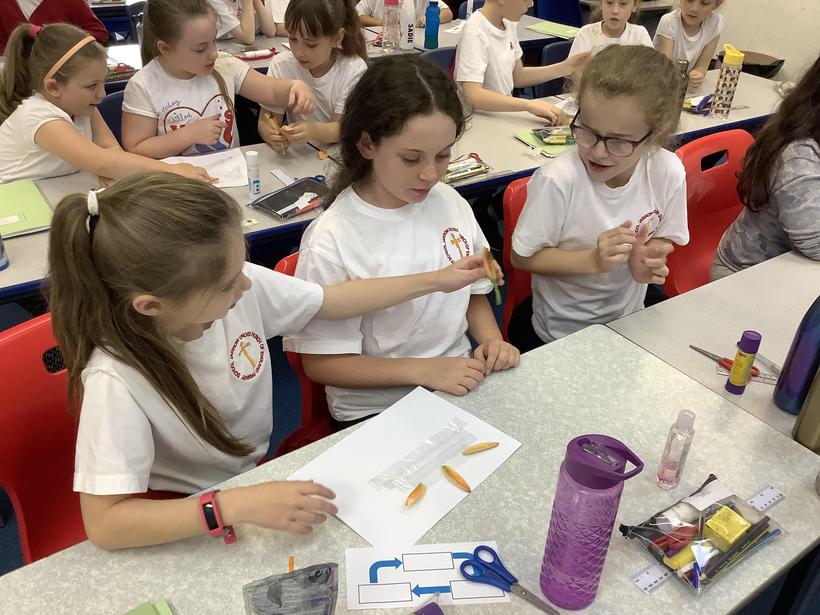 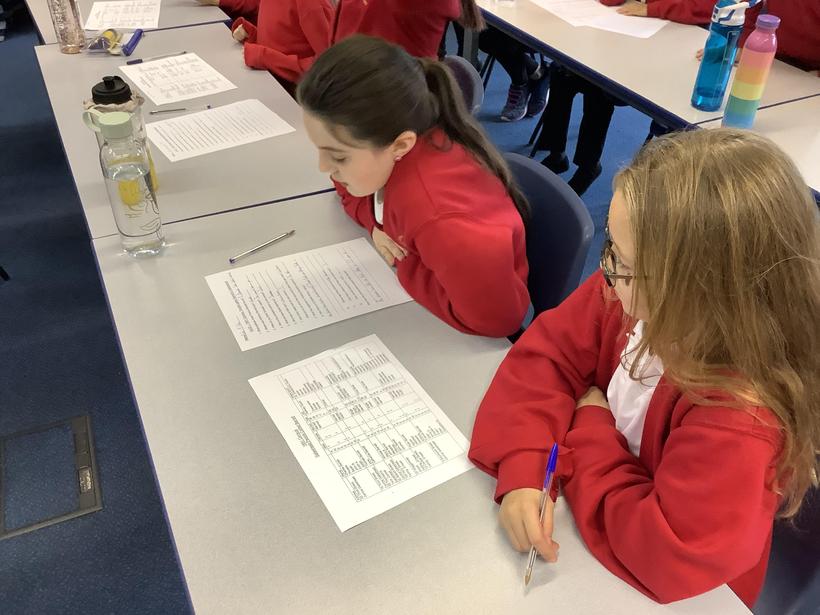 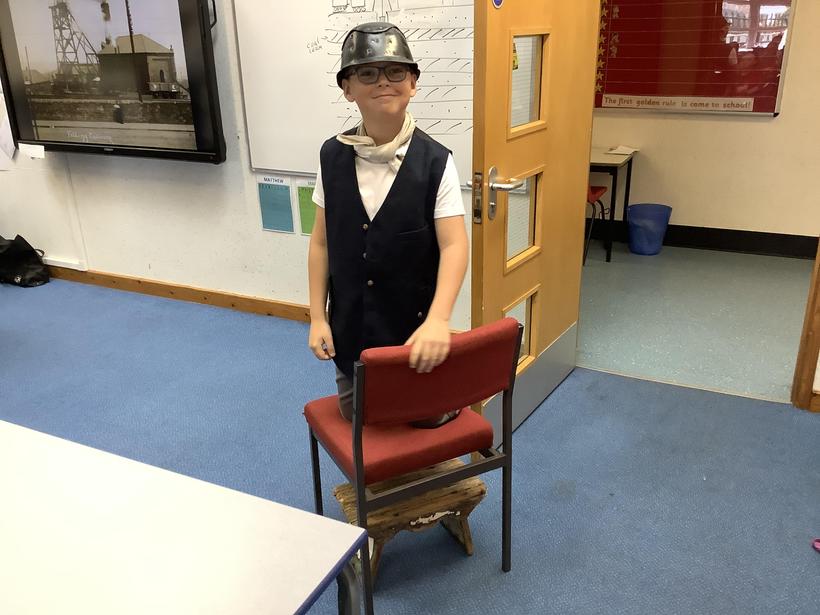 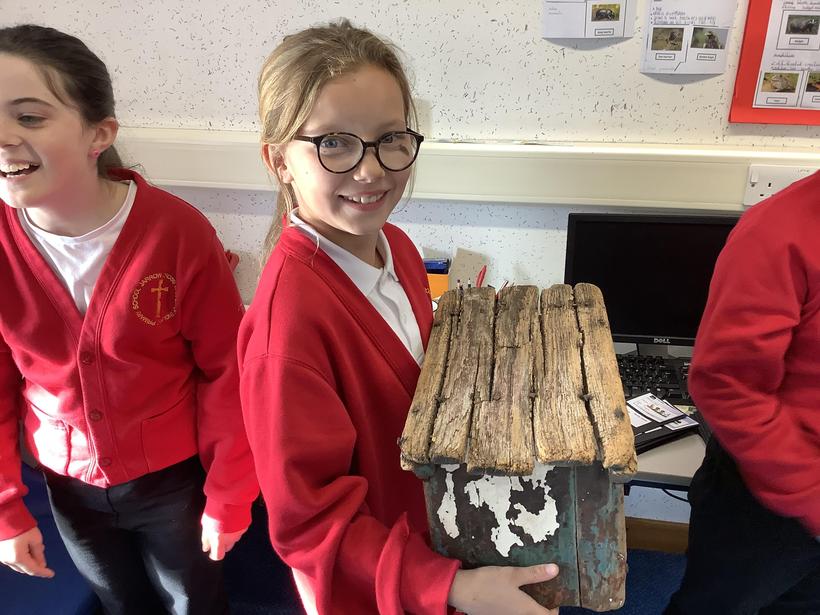 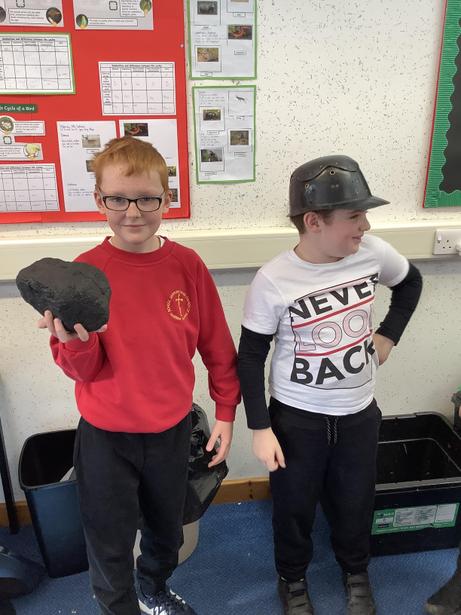 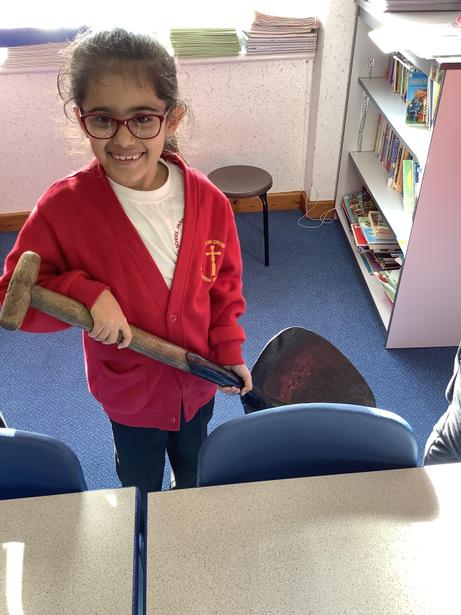 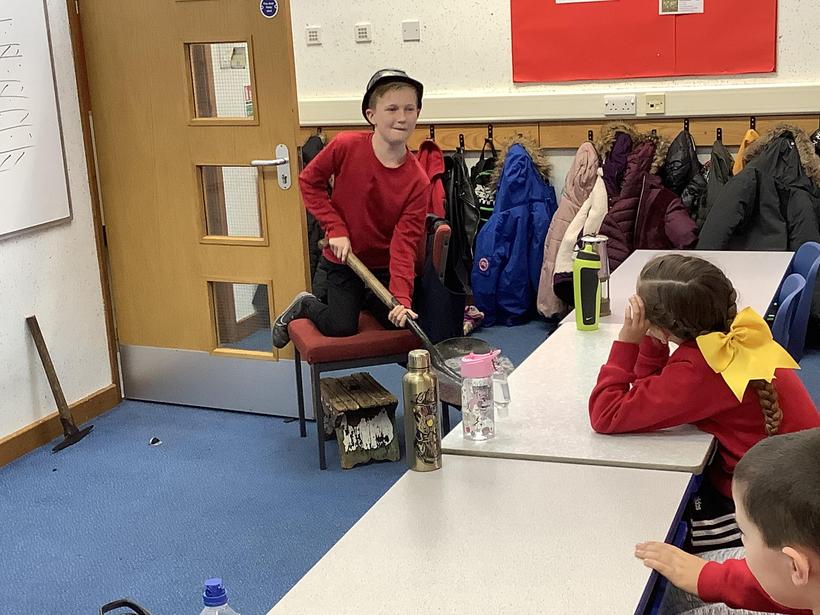 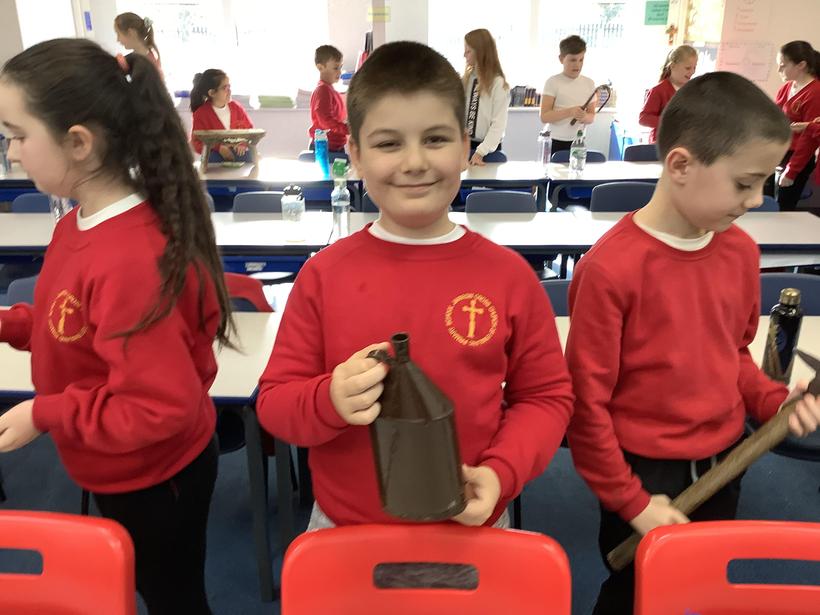 November is a significant month because of Remembrance Day. We designed poppies in creative ways to display both inside and outside of school to show respect.

In P.E., we are continuing to develop our netball skills. We have been practising overarm and chest pass throwing and evaluating the force needed depending on the distance you are away from a member of the team. We are continuing to develop our precision and accuracy when throwing the ball into the hoop. We are building upon our teamwork skills because after all, there is no 'I' in team!

In Topic, we are learning about rich and poor, contrasting and drawing comparisons. We decided that being a poor child in the Victorian times would've been extremely challenging due to the working conditions, lack of education and opportunities. Equally, the inequality between genders was unfair!

In Art/DT, we've developed our sketching skills, focusing on one point perspective drawing! 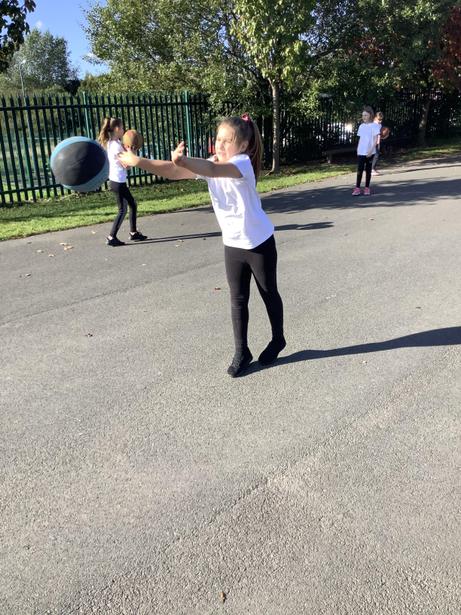 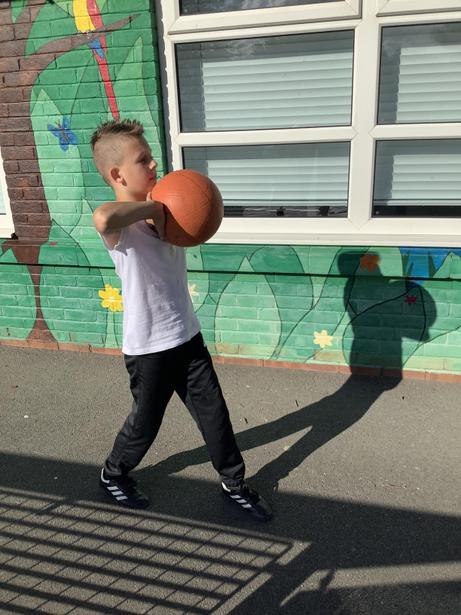 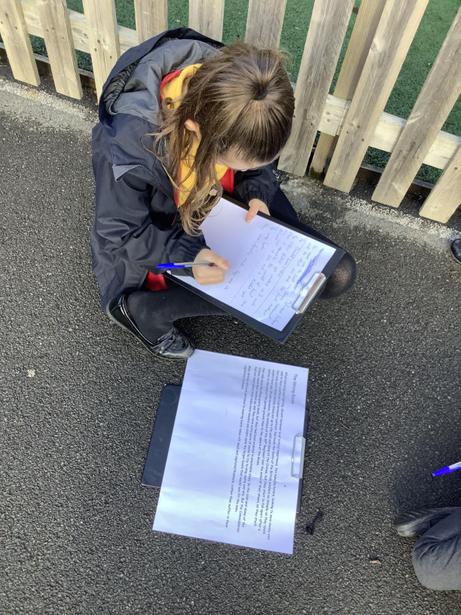 We have been like elves: busy with Christmas crafts and getting into the Christmas spirit.

We have decorated our classroom windows to mimic a Fenwick's window style set up. For our windows, we used '12 Days of Christmas' as our inspiration and we also gave it a modern twist.
We realise that this year has been a strange and challenging time for many so we wanted to give back to the community and we designed our own Christmas cards to send off to local care homes and Dr Surgeries.

In literacy, we have been reading 'A Christmas Carol' creating some fantastic pieces of writing and have been developing our reading skills (using the P.E.E strategy).

In topic, we have continued to examine the divide between rich and poor in the Victorian Era.

Another lockdown has struck, therefore, we are sad to not see full classrooms but it is important that we do everything we can to protect one another.

Despite schools only being open for key workers, for both in school and for our home learners, we launched our new topic: It's All Greek To Me!

In art, we recreated sketches of the entwined trees of Baucis and Philemon, where we focused on our sketching and shading skills.

Some of us were still doing our learning at home, but we managed to have a Zoom call to see our friends at home and at school. We played Bingo and waved at each other. We also had a Zoom call with the Mighty Zeus himself! It was awesome!

February was also a month with snow! At school, we loved playing in the snow, and at home, some of our Olympic events involved throwing snowballs! It was such fun.

Our work this month continued with the Ancient Greeks and we looked at the myth which included the deadly Minotaur! In Computing, we started designing our own Minotaur's Maze, using 3D technology from Purple Mash.

We had an amazing Topic Week, when we researched all things Greece, and although we aren't allowed to travel yet, we wrote some amazing brochures which advertised all of the delights that Greece has to offer.  Trying Greek food was yummy... well most of found it was yummy.

During this month it was also Mental Health month, of which the theme was express yourself in various ways. We did some art to express our feelings.

We also designed our own mini Olympics and competed in them. Phew, what a busy month for the shortest month of the year. 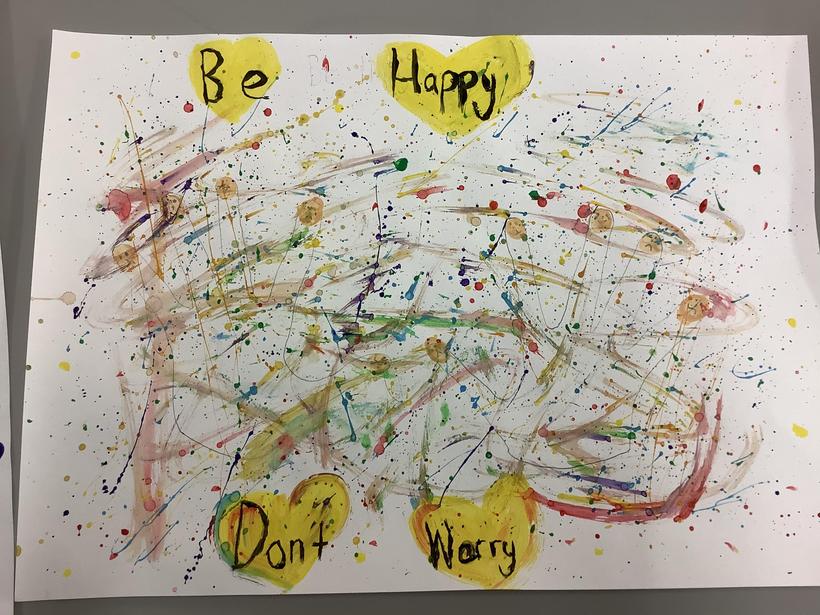 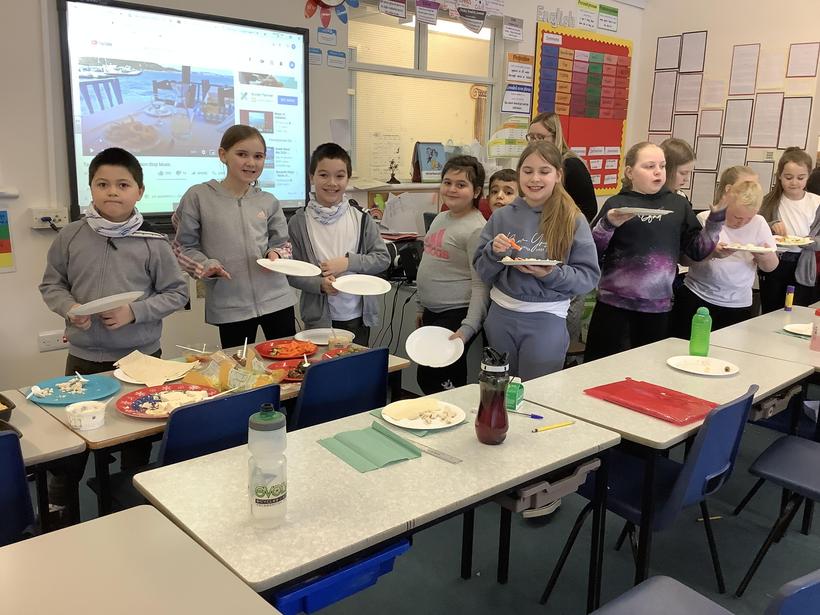 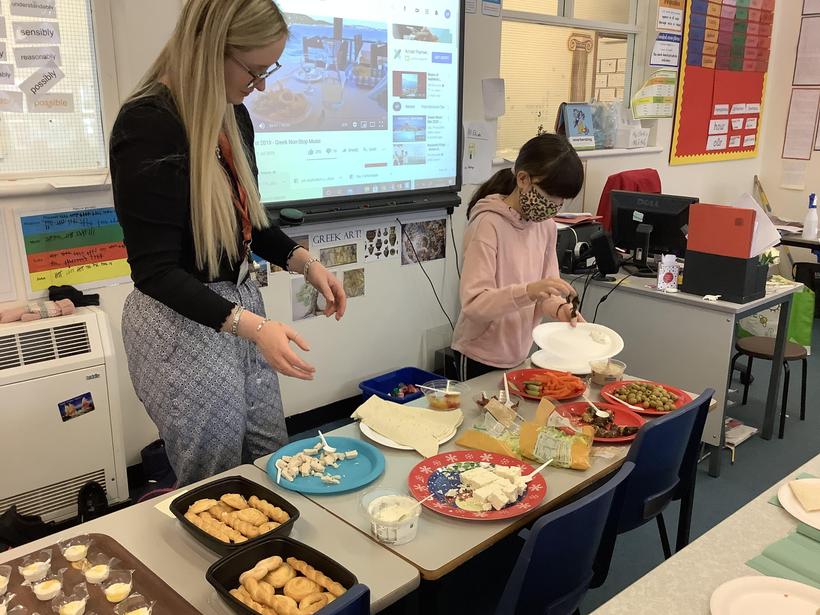 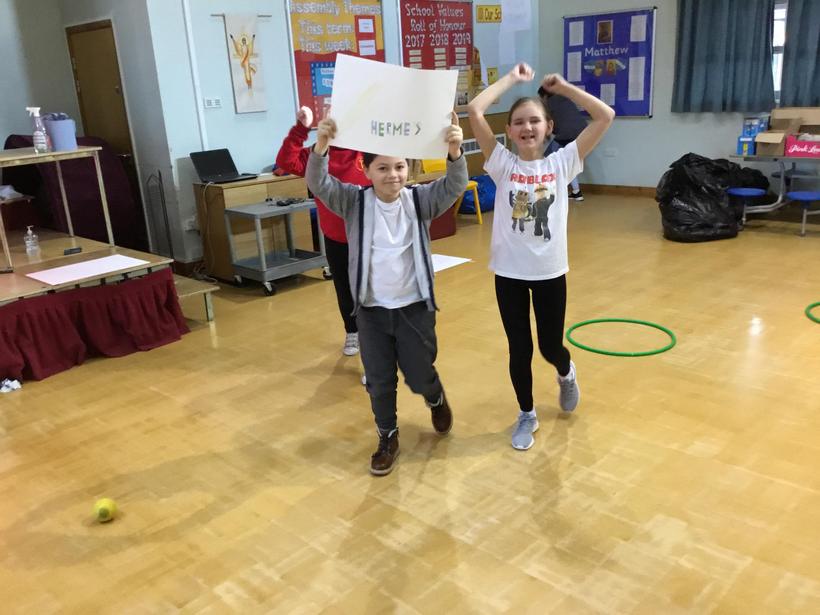 Yeah! We all came back to school on the 8th. It was so lovely to see everybody back together again.

In the first week of everyone being back in school, we did some amazing art, a murder mystery puzzle and we had Silly Science to finish the week off. Check out the video of some of the fun we had. 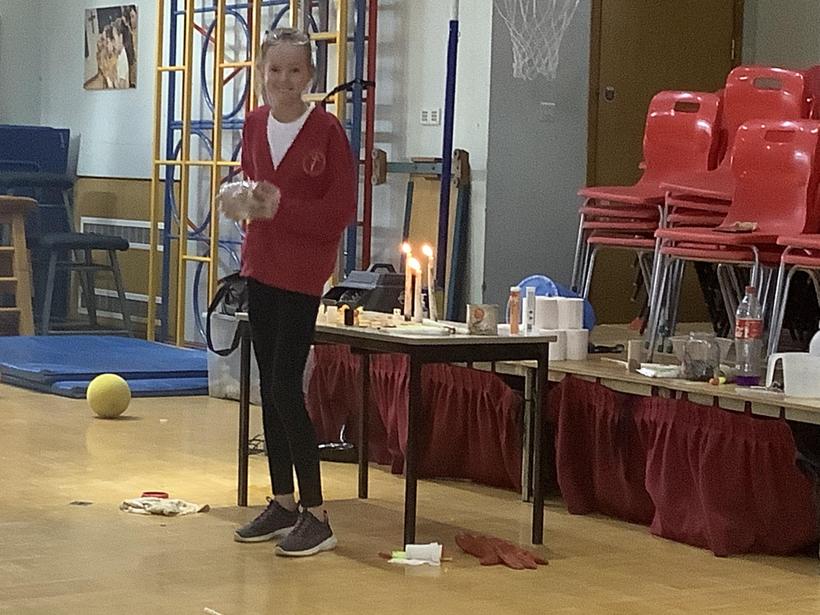 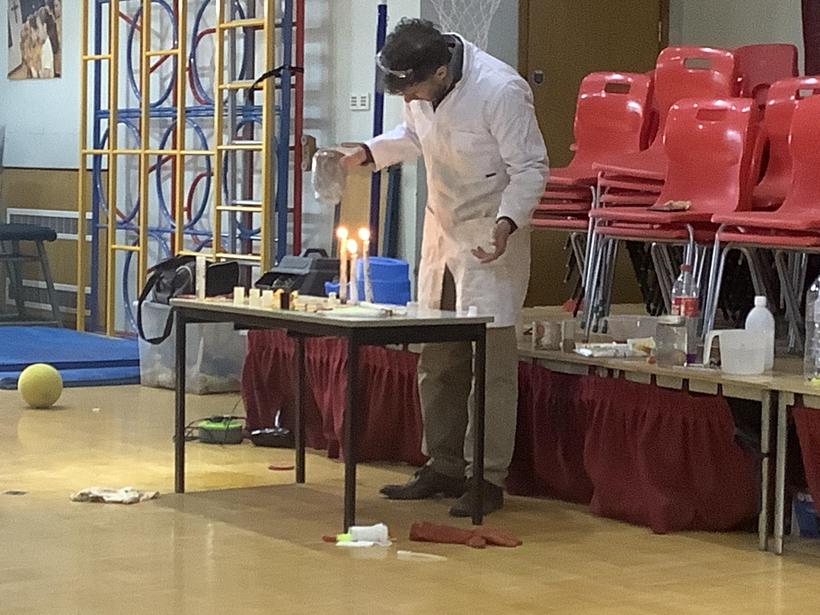 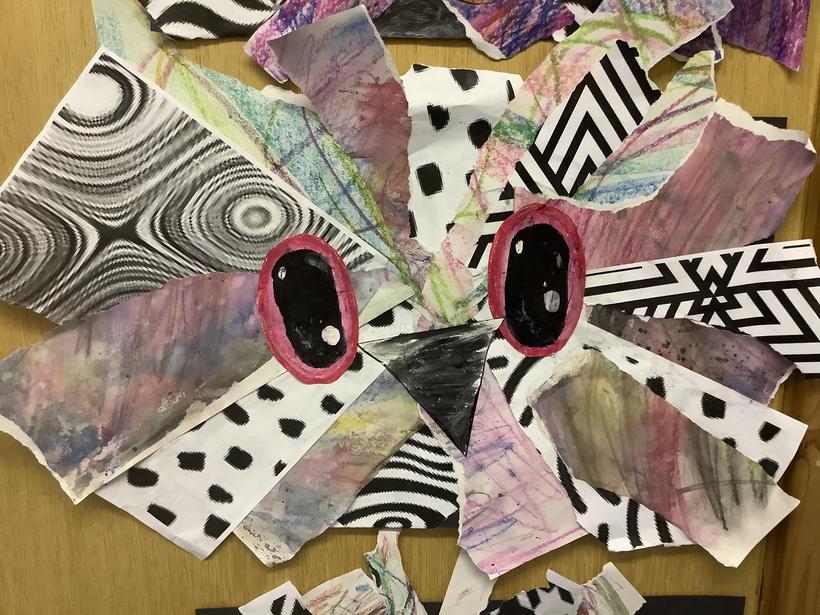 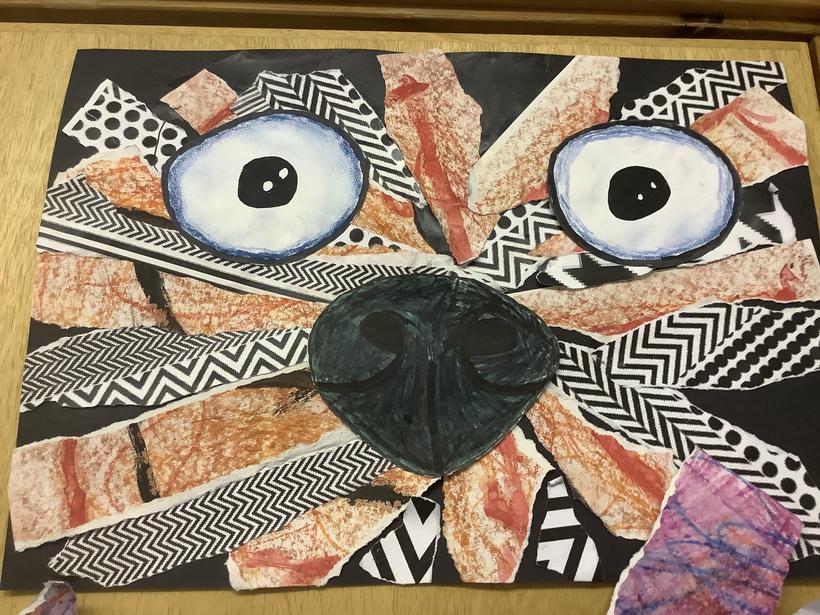 In this month we had our Easter Holidays and when we got back to school we started our new topic of Water is Life. It's a topic which covers lots of geographical skills and as geographers we are learning how to read maps. We have learnt how to use the lines, (called eastings and northings) to find the specific place on a map, using first the 4 digit grid reference and then narrowing in using a 6 digit grid reference. We looked at what a legend is on a map and can recognise some of the basic symbols.

We have learnt all about the different features of a river. The upper course, the middle course and the lower course. We looked at and investigated how a meander is formed in a river and learnt some key geographical words such as erosion and deposition. 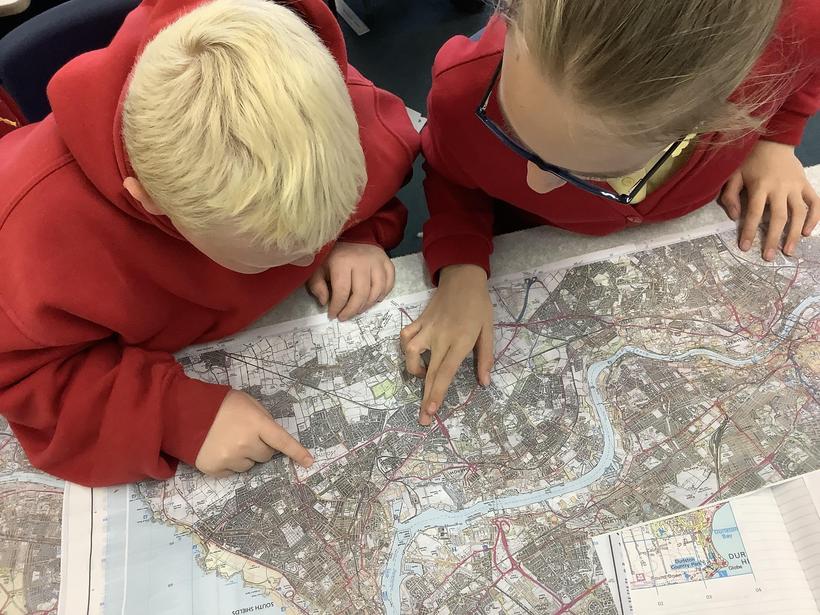 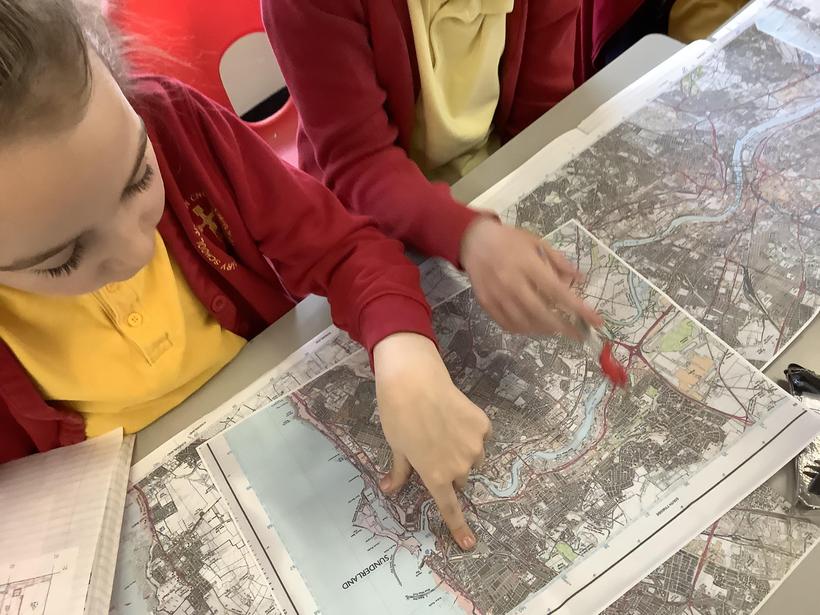 We had an amazing afternoon for our Mental health week activities. First we looked all round the school at the nature which we have in our grounds. We identified trees by their leaves and rubbed the bark of the trees too. It was glorious sunshine too, which helped our mood. Afterwards, we spent an hour on the field doing what ever we wanted. Some of us did sports, some of us rolled down the small hill, some of us chilled and read in the sunshine, but whatever we did, we enjoyed it, had fun and took in the delights of being outside in nature. We've also got out trip to come next week!

Y4/5 were saddened to see the racial abuse footballers have faced and wanted to do something about it!

We created posters that are proudly displayed on our school fence (beside the traffic lights by the exit of the one way system).

However, not only did we discuss racism, we also discussed the fact that the vile words and actions from a small minority of individuals, has overshadowed the outstanding success that England has achieved.

In the words of one of the children, "Just like the pitch invader, do not give racists the attention they want." Let us focus on the good! England has done us all proud!

We also used our class award of the week template to award footballers with our 'Footballer of the Euros' to show how proud we were of each and every footballer!